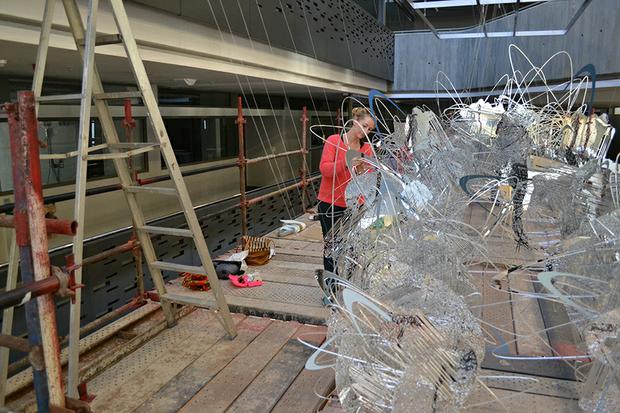 “In her series of works “In Transit” (2009), Lyndi Sales cuts her own organic diagrams into banknotes, life jackets, lottery tickets and official documentation about the infamous Helderberg disaster – an event that is still controversial because of the uncertainty surrounding the role of the apartheid government in the crash. Sales not only references a specific ill-fated journey, but also the transitions in South Africa – from the known, but undesirable, towards an as-yet undetermined future.”
- Linda Stupart (fine artist, critic, writer)
Follow Lyndi on instagram lyndi_sales

Find out more about Lyndi ?