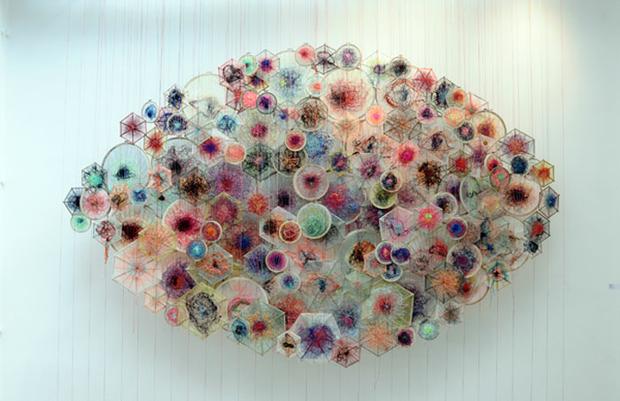 This work draws upon the phobia I have of been seen and the profound emotion evoked when I am forced into a situation of being stared at. As a child growing up I was very shy. I remember hiding behind my mother. To this day I find it difficult sharing in groups. French psychoanalyst Marie-Émile Lacan’s theory of child development and the emergence of self-consciousness looks at the unconscious, the ego, identification, and language as subjective perception. Gestalt psychologists study organized patterns or wholes, instead of many different parts. Using circles and hexagons (the shapes that are the building blocks of the universe), the microscopic view of the cornea indicates that the cells are hexagonally shaped and this is one of the reasons for choosing this shape repeatedly in my work. The installation takes the form of a suspended oval consisting of about 200 separate units. Stitched onto the individual units is string in the form of eyes and abstract geometric shapes. So-called “String theory”, another resonant scientific metaphor, is a study that proposes that everything is made up of layers of string that vibrate on multiple dimensions. Similar to a the knitted web, String theory thus becomes a metaphor for other dimensions, as well as for a map, a tool for orientation, a web, containing specific information on its surrounding environment. Its open, lacy structure catching, filtering and refracting light and colours, the web acts as an escape that is utopian, but also a trap in the form of black holes. 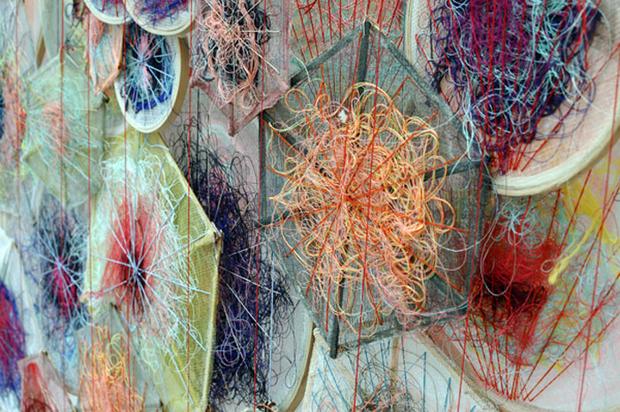 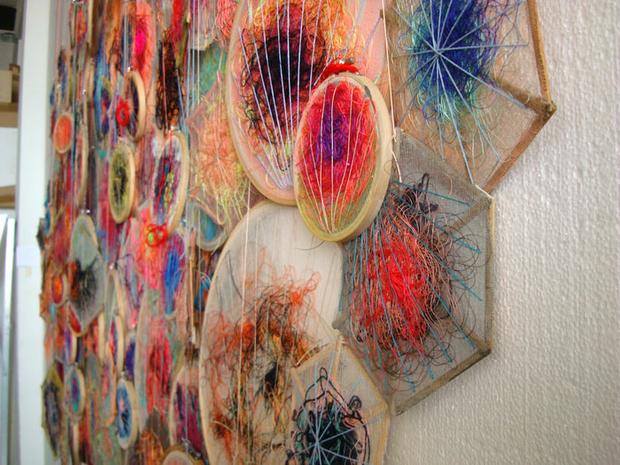